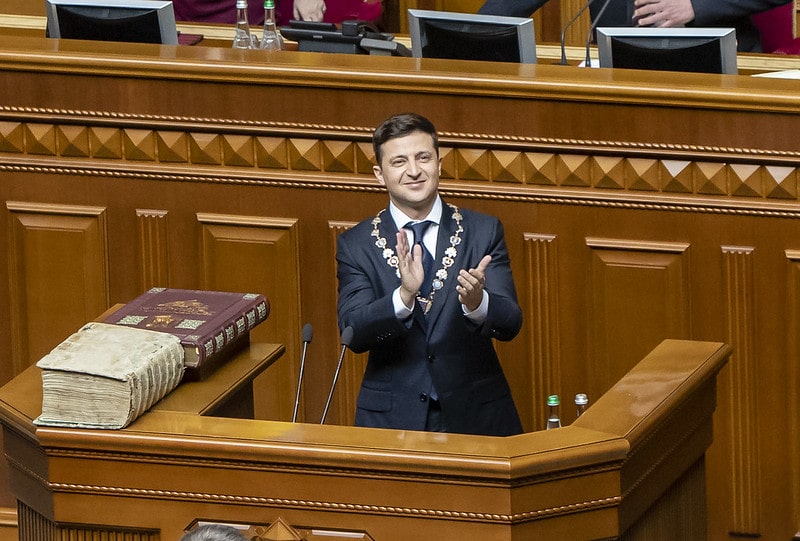 If you have the curiosity to translate the words from Ukrainian to English, all the English online dictionaries offer the same translation:

No, comrade Zelensky. Romania hasn’t occupied, nor has it taken any of the Ukrainian territories. Your interpretation of the history is not accurate and spreads false information regarding the historic truth. Also, it denigrates Romania and offends Romanians.

The history is very different from what you, comrade Zelensky, know about those moments: Bukovina was part of Moldova, the Romanian province, until 1775 when it was offered by the Turks to the Habsburgs following the Turkish-Russian war. After that, in 1918 Bukovina came back to the motherland, following the disintegration of the Austro-Hungarian Empire.

In 1940 Bukovina, Basarabia and other Romanian territories were taken (occupied, Mr Zelensky?) by the Soviet Union, following Ribbentrop-Molotov pact. In 1991, Northern Bukovina remained Ukrainian territory after the disintegration of the Soviet Union.