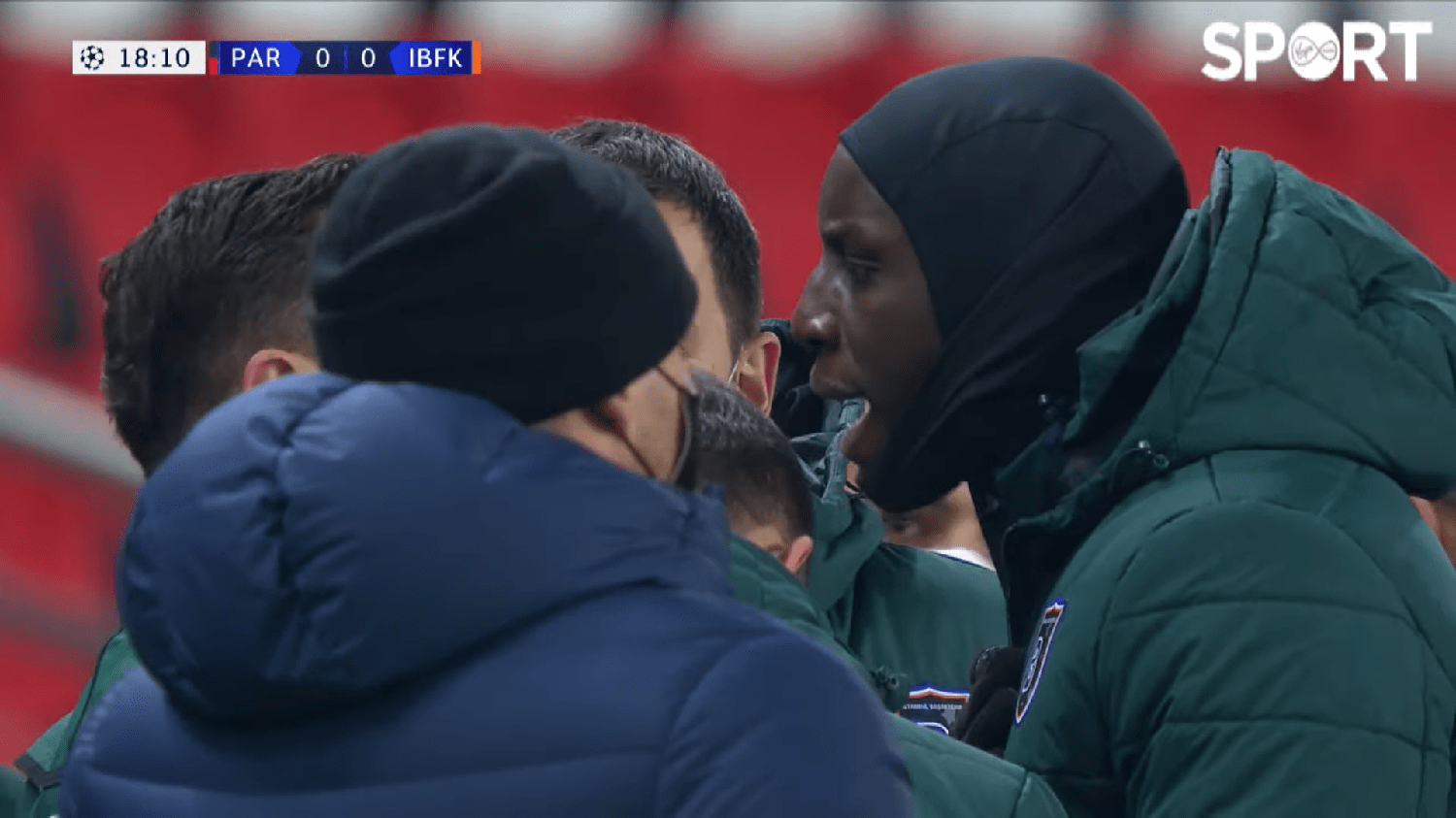 Sebastian Coltescu, the 4th Romanian referee delegated to the UCL match in Paris between PSG and İstanbul Başakşehir F.K. used this expression when pointing out Pierre Webo, the assistant coach of Turkish team, to the main referee, Ovidiu Hategan.

”The black one…” – Sebastian Coltescu pointing out the assistant coach from İstanbul Başakşehir F.K.

After this, Demba Ba showed very offended, asking Coltescu why he called Pierre Webo “negro”. The Romanian referee explained to the player that he spoke in Romanian, where “negru” means “black”, but the argument of the player went like this:

You never say “this white guy”, why did you say “this black guy”?

This ended with the game suspended, as the players didn’t want to continue playing with the 4th referee on the pitch. The Turkish president and the international community considered this was a racist expression and they all posted on social media hashtags saying “NO TO RACISM” and…”BLACK LIVES MATTER“.

Black Lives Matter is an expression used by the African-American community to define a movement which fights for their rights: #BLM. They identify themselves with being “black” by using this word.

It is clear that the resemblance between the pronunciation of the word “negru”, which is Romanian for “black” and the offensive word “negro” sparked off the argument. But when explained what the word meant in Romanian, Demba Ba continued to show himself extremely offended even by the word ”black” addressed by the referee to the second coach Pierre Webo.

His reason was that if he was white, the Romanian referee would never have said “that white guy”, but he would have said “that guy”. Of course he would, but the argument doesn’t hold water, and we’ll explain why.

First off, Pierre Wbo was the only person of African origin among the Turkish officials. It was much simpler for Coltescu to use “the black one” to point him out than to use anything else. In Romanian it goes “Ăla negru…”.

Secondly, if a white player had stood between a crowd of African origin players, any referee in the world would’ve pointed the white player out with the expression “the white player”. It is easier and it is not considered offensive by the white people.

Did Coltescu commit a mistake by calling Pierre Webo “black”?

But of course he did, if he started such an international incident, no matter how offensive or pure we all consider him to have behaved. Besides, if you follow the gestures of the main referee, the experienced Ovidiu Hategan, even if he understood which was the official, he still waited for Coltescu to point out with his hand the culprit before showing the red card to Pierre Webo. This means international experience, which Coltescu simply doesn’t have. On top of that, if Coltescu had the international experienced he was supposed to have, he would’ve known the second coach by name, not by the color of the skin.

In the same time, if we use ”Black Lives Matter”, than we all should be allowed to use the word ”black” to define the persons whose lives matter, shouldn’t we?

For all those who consider this a racist incident, we do apologize for all this in the name of the Romanian people. But in the same time we all know that if Sebastian Coltescu wanted to be racist, he would’ve used another expression.