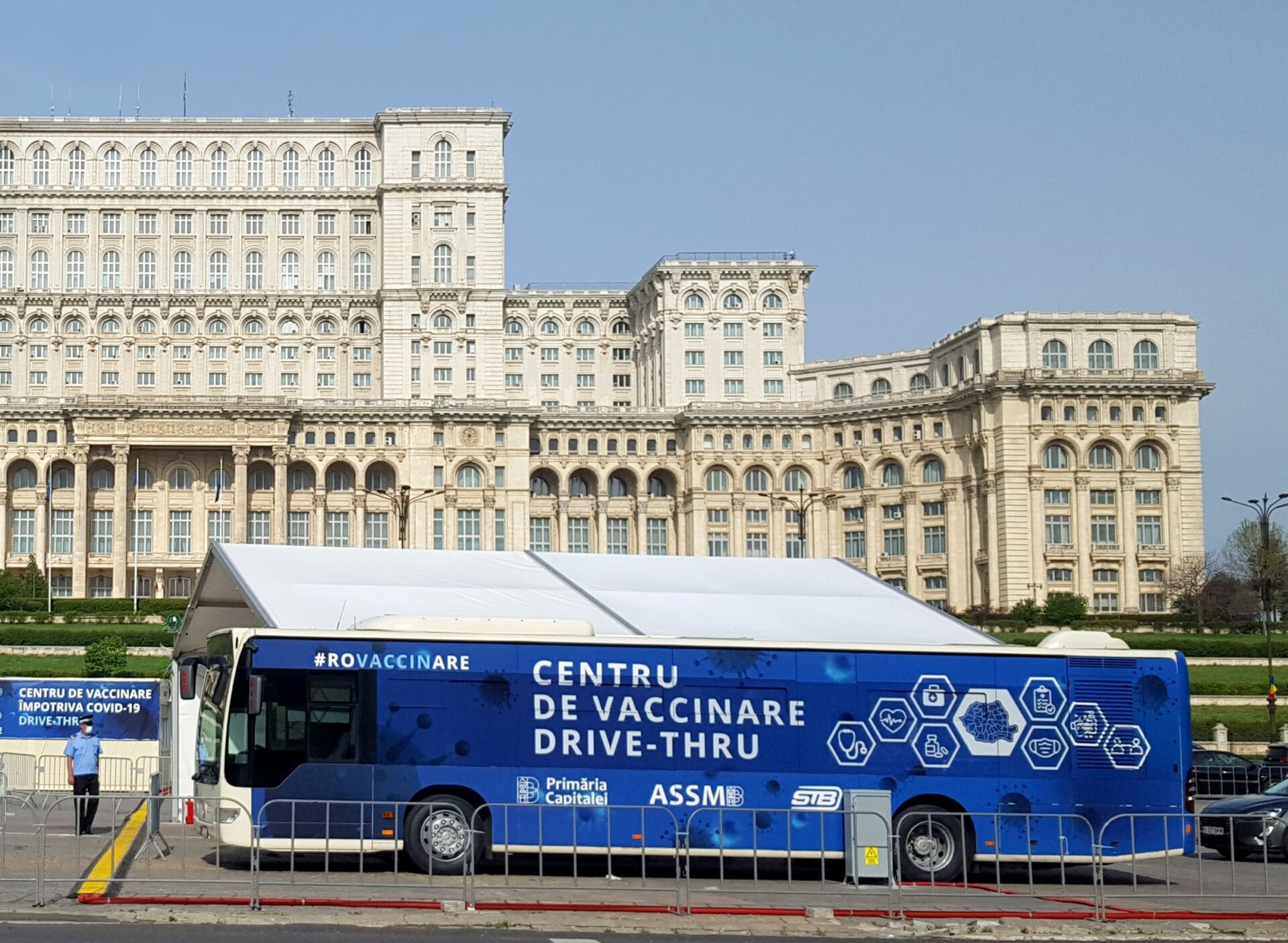 The vaccination campaign for COVID-19 in Romania is coordinated by a military structure, the authorities hoping for the army to bring the discipline and the logistics needed for transporting the vaccine and for rigorously planning and executing the development of the process.

The phases of the COVID-19 vaccination campaign in Romania

The COVID-19 vaccination campaign was rolled out in Romania in different phases, starting from December 27, 2020, with vaccinating the front-line personnel in phase I and the most vulnerable people in phase II. Now, in phase III, the vaccination is open to the general public and whoever wants to take the shot is free to have one.

Apart from these phases communicated by the government, in fact, the vaccination campaign entered its second approach. In the first approach, the vaccination campaign waited for the people to come to take the shot within the organized centers. Now, in the second type of approach, the medical personnel go to the people in different ways, from mobile centers to drive-though centers, but also by offering the vaccine within the family health centers.

Another way to get the vaccine is to go to a mobile center, usually placed in rural areas or the localities near the big cities, and get the vaccine. Such mobile centers were organized for the people to have the opportunity to get vaccinated closer to their homes instead of being forced to go to other cities.

Such drive-through or mobile vaccination centers are the essence of the second type of approach: doctors go to the people instead of waiting for the people to make a reservation on the e-platform.

The speed of the vaccination campaign in Romania: how many people took the shot?

So far, until May 1, more than 3 million people took at least one shot, while almost 2 million people were fully immunized after taking both the shots.

Precisely, up to May 2, there are the following data:

Romania reached a good immunization percentage so far: 10% of its population is fully immunized. Indeed, other European countries are ahead, but the Romanian Government has its own strategy of immunizing with at least one dose 5 million people until June 1.

The promise of the Romanian PM was for a relaxation beginning from June 1 if 5 million people take the shot. And this is why the authorities are trying to accomplish at the moment.

Yet, it is clear that some of the speed was lost. On January 26, a month after the vaccination campaign started in Romania, the country was in second place in the EU by the speed of vaccination. It is now far from that performance.

What is the daily vaccination capacity of Romania?

Romania’s daily vaccination capacity reached 115,000 people, a record as compared to the previous capacity of only 50,000 people a day. Still, the daily record of people vaccinated in a day in Romania is far from this capacity.

The daily record of people vaccinated in Romania in a single day was reached on April 20, when 88,884 people took a shot. It’s not bad at all, but it’s still far from the vaccination capacity.

Also, specialists warn that the speed of the vaccination campaign is not the same as it was in the beginning. At the moment, the vaccination platforms, which register the intention of the people to get the vaccine and distribute them across the country to different vaccination centers, show a decrease in the number of people who want to take the vaccine.

On May 2, only 26,087 people were waiting for a vaccine, from which 25,272 for Pfizer, 530 for Moderna, and 285 for Astra Zeneca. This is a quarter of Romania’s daily capacity, meaning the list could be fulfilled in just a few hours.

This is why the authorities came up with the strategy of drive-through vaccination centers.

Does the Romanian Orthodox Church support the vaccination campaign?

In Romania, the orthodox church has a big influence over the people, especially in the rural areas, but not only there. This is why the authorities asked for the church to help the vaccination campaign and send a strong message to the communities across the country.

So far only weak messages or examples were offered by the church. A church spoke person getting the vaccine or a priest talking about the benefits of the vaccine on national television, this was too weak for the Romanian believers to be persuaded.

Is this message strong enough for the people? It seems so, as it will definitely be echoed by the tens of thousands of priests who are active in Romania. Hopefully, the authorities will be able to fulfill the request and organize new vaccination centers or caravans in the rural areas.

For more on the Covid-19 evolution in Romania, please refer to our dedicated page.