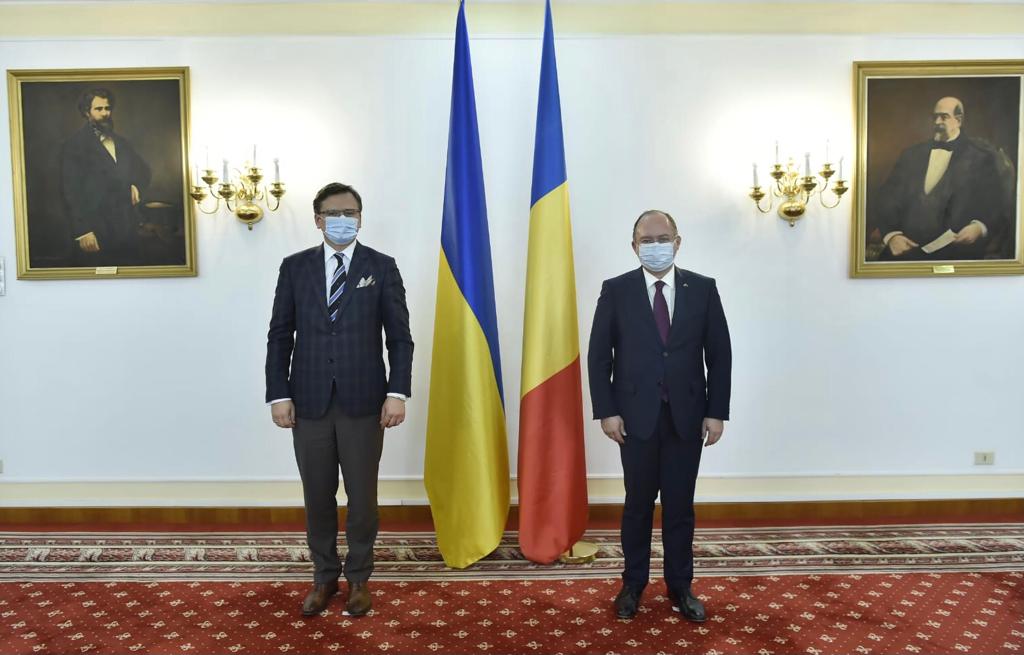 Ukrainian foreign minister, Mr. Dmytro Kuleba, proposed a strategic partnership with Romania. The proposal came during a meeting he had with his Romanian counterpart, Mr. Bogdan Aurescu, in Bucharest.

The context of the meeting is quite interesting and it has to be judged by having in mind the recent developments in the area. Romania organized in Bucharest the trilateral meeting Romania-Turkey-Poland, with the participation of the foreign ministers from the respective countries. The interesting part of the meeting is that, for the first time, the Ukrainian and the Georgian ministers were also invited.

The invitation of the two countries to the trilateral in Bucharest is better understood when thinking about the regional context which preceded the event: the Russian troops were amassed the Ukrainian Eastern border and wile in Romania the military maneuvers of some 15,000 allied troops took place.

Both Bogdan Aurescu and Dmytro Kuleba expressed their verbal agreement for this strategic partnership to actually be fulfilled, as the Ukrainian official told the press.

Ukraine seeks to officially start a strategic partnership with Romania. This means a special relationship between our states. Aurescu and I agreed to make this a reality,

The benefits of a partnership between the two neighboring countries are obvious, but there is more to this proposal than it meets the eye. Ukraine and Georgia were the countries which were mentioned in the context of the NATO Summit in Bucharest in 2008 to be potential subjects to an expansion of the alliance. Russia firmly opposed such an idea and there was no official invitation at that time. But the subject is not closed yet and the two countries are looking for military security within the alliance, hoping for a formal invitation, agreed by all members.

As we already know, Russia also has to agree with such a military move in its proximity and chances are, especially in this tensioned context, for this invitation not to happen too soon. Yet, nothing impedes Ukraine and Romania engaging in a regional strategic partnership, focused on economic, social and political terms.