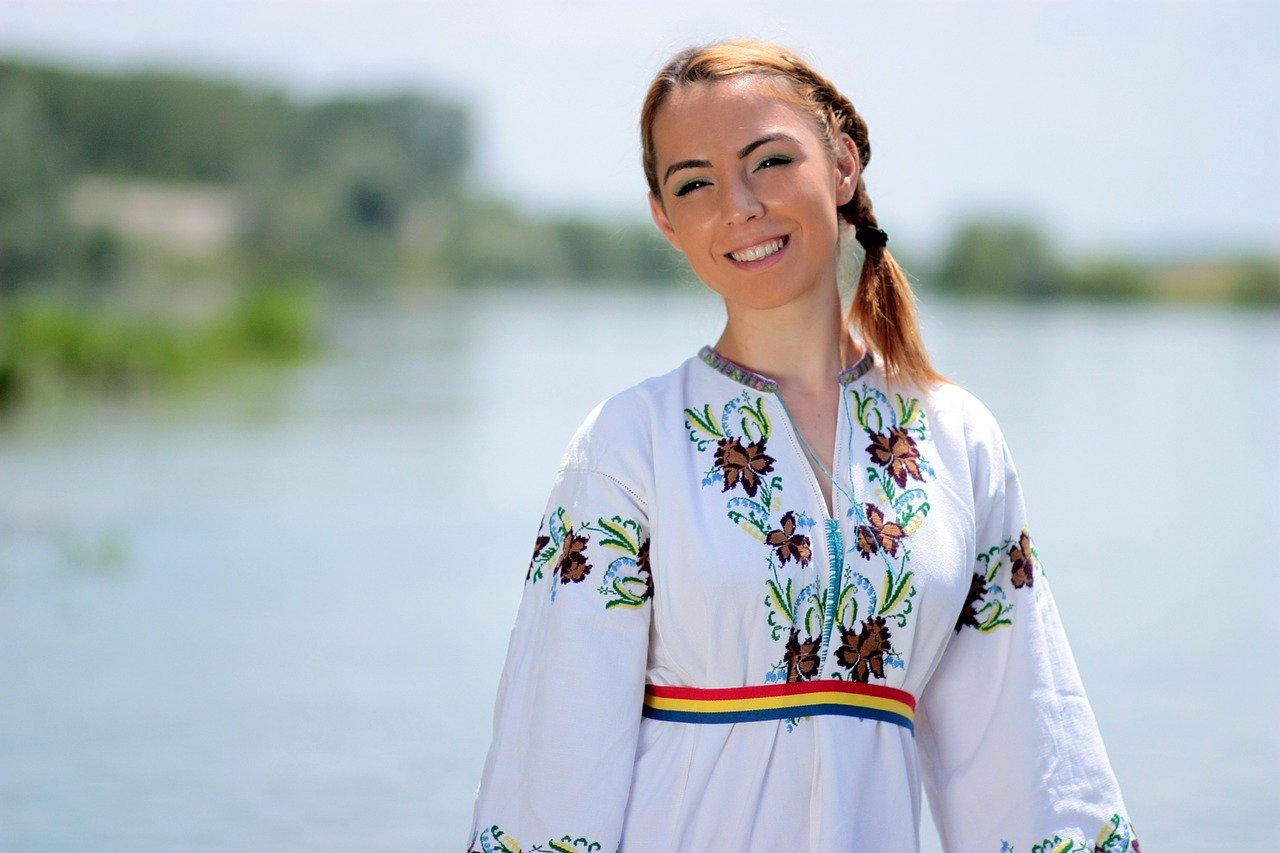 The Romanian blouse – a fashionable item

The traditional Romanian blouse is called ie /ie/, and it is one of Romania’s most important landmarks of the Romanian folklore and one of the traditional garments worn by Romanian women from the oldest times.

With wide sleeves, traditional motifs and natural colors, this Romanian blouse has inspired many fashion designers, and it recently started receiving more and more international fame.

The publication of this article on June 24 is not a coincidence. Starting from 2013, Romania decided to start celebrating The International Day of the Romanian Blouse, when people all over the world are encouraged to wear this extraordinary piece of garment.

The Romanian blouse is made of white cotton cloth or silk. It is adorned with Romanian culture embroidery motifs, especially at the sleeves, chest and neck. The interesting thing is that every region of Romania has a unique style of ie. The most used pattern for the Romanian blouse is the one with the embroidery made on the shoulders. You can find this example of Romanian culture in Bucovina, Moldova, Oltenia, Muntenia, Bran and Covasna area.

It takes weeks or months to complete a manually embroidered Romanian blouse and the pricing for this sort of traditional Romanian garment reaches up to $300 or $400, but it could also cost you more.

“Each work of art is a collection of signs invented during the picture’s execution to suit the needs of their position. Taken out of the composition for which they were created, these signs have no further use.” Henri Matisse

Henri Matisse (December 31, 1869, Le Cateau-Cambrésis – November 3, 1954, Nice) was a French painter, one of the most brilliant representatives of twentieth-century art and also one of the main initiators of modern art. Heir to Impressionism and Neo-Impressionism, Matisse gives impetus to the Fauvist movement, but is at the same time a universal painter, as casual in the cultivation of African art as in the creation of Renaissance artists or the works of his contemporaries.

The story of this famous painting begins with a gift received from his friend, Theodor Pallady, a handmade Romanian blouse. The artist was amazed by the beauty of the embroidery and created a series of paintings inspired by the iconic Romanian blouse. Although Matisse painted many sketches of the Romanian era, his painting called La Blouse Roumaine is the most famous. It is an oil painting on canvas from 1940. It measures 92 × 73 cm and can be admired in the National Museum of Modern Arts in Paris.

The fusion of the lines, the strong harmonizing colors, the oval of the model’s face and the folding of the sewn sleeves created from La Blouse Romaine a painting that would bring to the world’s attention the Romanian pride, which the queens and princesses of the Royal House of Romania had so proudly worn. Famous designers from all over the world have introduced in their collections the national symbol of Romanian women.

Who was the mysterious muse in the famous painting La Blouse Roumaine?

The identity of the young woman who posed for Henri Matisse in the painting La Blouse Roumaine remained less known to the public but was known to the art connoisseurs at that time. The painting entered posterity as the first painting that made the “Romanian blouse” famous, but the identity of the woman wearing the Romanian dress was known only by the artistic circles in Paris and Nice, the places where Matisse worked on the painting. She was Lydia Delectorskaya, the young woman and the painter’s most important artistic muse.

Paradoxically, Lydia was neither Romanian like the other famous friends (Elvira Popescu, Elena Văcărescu, Anna de Noailles and Martha Bibescu) who had inspired Matisse over time nor French like the artist. She was a Russian woman born on June 23, 1910, in Siberia, the daughter of a doctor from Tomsk, orphaned by her parents at the age of 12.

The young Russian woman fascinated him so much that for 4 years, between 1935-1939, Matisse made hundreds of paintings, drawings, sketches and engravings only in the image of Lydia. For the next 15 years, the painter used other models, but Lydia remained his muse until the end of his life.

Are you a Romanian Blouse lover?

Do you love it for the traditions embraced by the girls who wear it or for the beauty of its embroidery? Do you cherish it for the exquisite handcrafting used to create it or for the joy of wearing it?