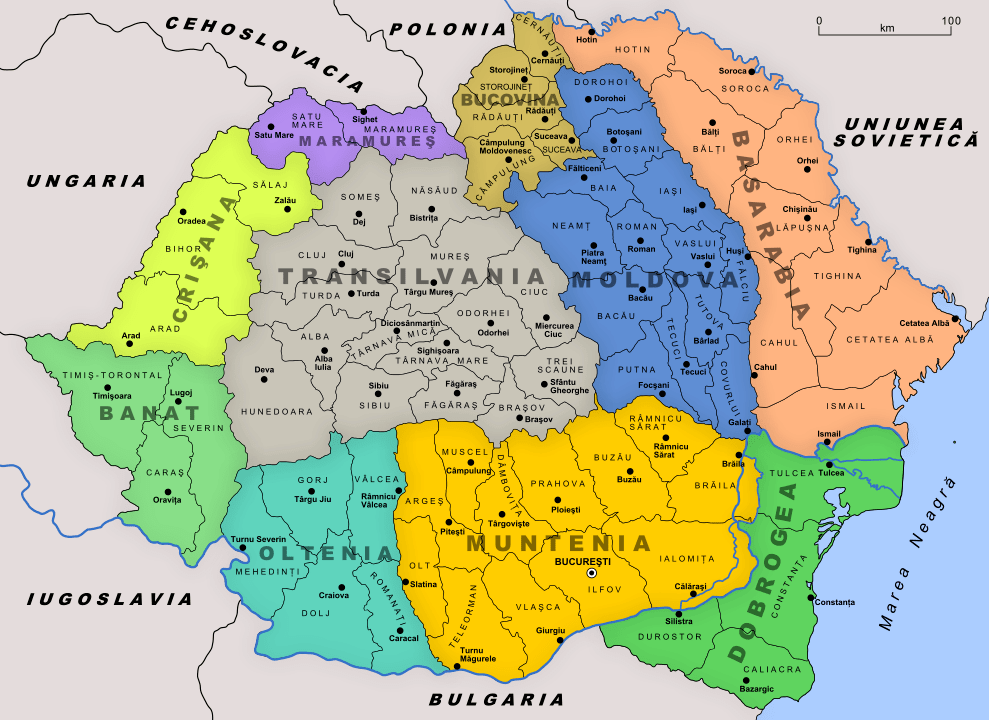 Republic of Moldova was before 1812 integral part of Moldova, one of the three historical provinces of what will later form Romania. The territory which now belongs to the Republic of Moldova was taken by the Russian Empire following the Otoman-Russian war and was given the name of Basarabia. Later, in 1918, along with the Russian revolution, Basarabia came back to the motherland, Romania. Later on, Moldovan territory was again taken by the Soviets during World War II, in 1940, and was part of the former USSR.

The language spoken in both Romanian Moldova and in the Republic of Moldova is Romanian, with some minor language regionalisms, specific to all the Romanian historical provinces. As compared to other countries, where in different geographic areas the people use different dialects which are in fact different languages, Romanian regionalisms allow all the users to understand each others and talk to each others freely.

“Moldovan language” is something invented by the Soviets during their occupation of the territory and it was made in order to prevent the desire of the Romanians from the so called Basarabia and the Romanians from the motherland to be united again. It was an artificial construction made to justify the existence of that country within the Soviet Empire.

This is why, the Romanian Academy took position, following a speech in favor of the Moldovan language delivered this week by the pro-Russian Moldovan president, Igor Dodon, at the Council of Europe in Strasbourg, and warned Moldovan officials not to use the term “Moldovan” language, but Romanian.

Unfortunately, at the moment the union between the two countries is favored only by less than 35% Moldovans. Also, the Romanian officials have recently changed their rhetoric and said the union will be possible only when Republic of Moldova will be part of the European Union. With both countries belonging to the same European family, it will be easier to avoid the diplomatic or even military pressure from Russia, as both parts fear at the moment.