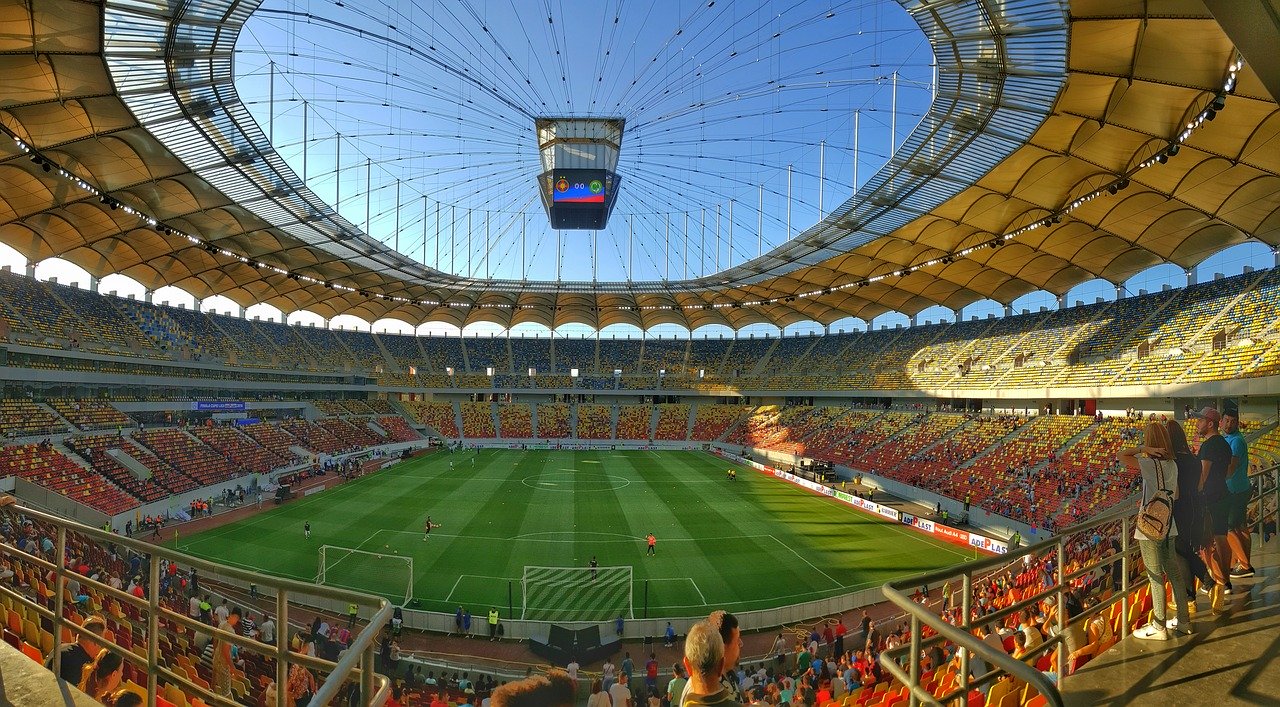 The National Arena Stadium in Bucharest is in 2nd place at the top of the football stadiums in Europe. The top was based on fan ratings and was compiled by a British website.

The website examined fan viewpoints collected from Tripadvisor, Google, and Football Ground Map, to decide which stadium is the most pleasant and engaging. It was developed a list by combining the scores from these three sources.

Westfalenstadion, the German stadium, was taking the top position with a rating of 4.57 out of a 5.

The National Arena stadium received the highest rating on Tripadvisor. Last summer, the stadium hosted four EURO 2020 matches, three in the group stage and one in the round of 16.

The rest of the stadiums that were found in this top were An der Alten Foersterei (Berlin), Wembley (London), and Wanda Metropolitano (Madrid).
The last position goes to the Carlo Castellani stadium in the Italian city of Empoli, which obtained a score of 2.90/5. It was followed by three stadiums that received a score of 3.37: Balaidos in Vigo, Maksimir in Zagreb, and Roi Baudouin in Brussels.

It seems that 250 million euros investment in the National Arena were not in vain.