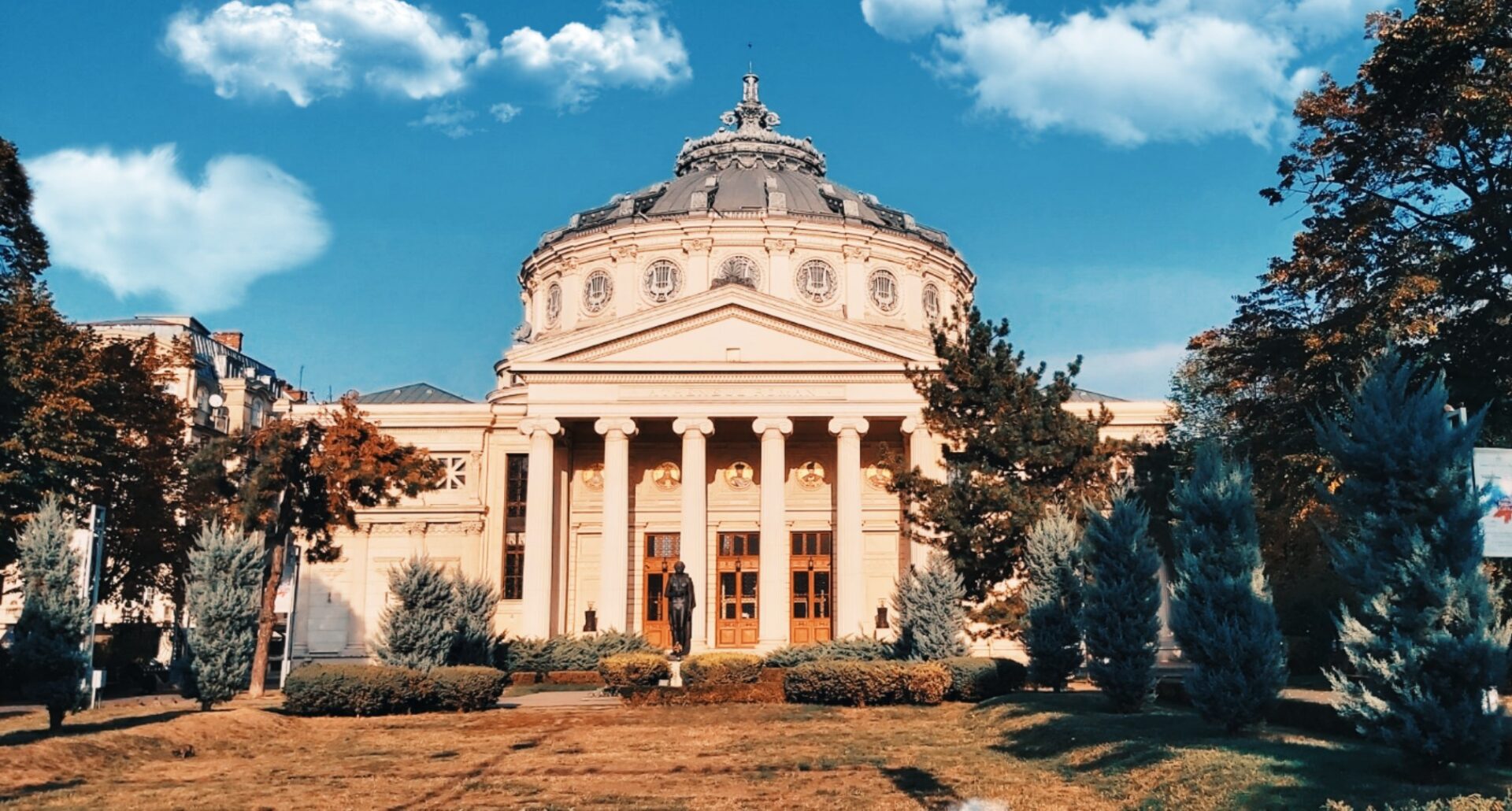 But what do tourists look for on Google Maps when in Bucharest?

Google Maps answered the question as well: while in Romania the most popular attractions are Peles, Bran, and Corvin castles, in Bucharest, the most searched for destinations are the Bucharest Athenaeum, Antipa Museum, and History Museum.

The Bucharest Athenaeum is the top attraction in Bucharest, and it’s considered the symbol of the city.

The Romanian Athenaeum, nicknamed the Romanian temple of arts, is an architectural jewel whose uniqueness and merits were recognized by the fact that it was classified as a historical monument in 2004 and it has been part of the European heritage since 2007, which is granted to sites that have a substantial symbolic value for European history and heritage. Located on Calea Victoriei, the Romanian Athenaeum is an important cultural center and a must-see architectural gem. Still, it is also defined by the fact that it is one of Bucharest’s oldest and most important cultural institutions.

Located near Piata Victoriei, on Pavel Dimitrievici Kiseleff Road no.1, the Antipa Museum is one of Romania’s most long-standing institutions for biodiversity research and public education. At the same time, it is one of the most appreciated museums in the country, boasting an impressive collection of highly well-made exhibits. Established in 1834, at the request of the Great Ban Mihalache Ghica, the brother of the ruler Alexandru Ghica, the museum was initially composed only of exhibits donated by its initiator, including birds, mammals, mollusks, fish, fossils of various types, different minerals, and coins from Greek. In 2009, the Antipa museum underwent an impressive modernization, thus becoming one of the most sought-after museums in the capital city of Romania.

The Romanian National History Museum is home to some of Romania’s greatest possessions, as it keeps important historical artifacts from prehistoric times up to modern times.
The Historical Treasure is the largest permanent exhibition of the National Museum of History in Bucharest. Here you can find more than 3,000 pieces of precious metals and stones, valuables, belonging to several civilizations that have existed over time on the Romanian territory, from prehistoric times to the present.
Some of the most representative of them include pre-historic and antique artifacts – such as the famous Dacian bracelet, religious objects from various periods, important documents – such as the flying brevet of the famous Romanian inventor Aurel Vlaicu, some of the official Romanian king portraits in original, gold and silver coins, as well as royal jewelry – with a highlight on the gold crowns of four late kings and queens of Romania – and items made by famous jewelers, such as Cartier.

Would you like to discover more places to visit in Romania? Some are just a few hours away from Bucharest, which makes them a nice one-day trip from Romania’s capital city!

We recommend you download the Android app of Bucharest guide and enjoy some of the most famous attractions in Bucharest and in the country.

This section is powered by Visit Bucharest Today! – Bucharest guide.