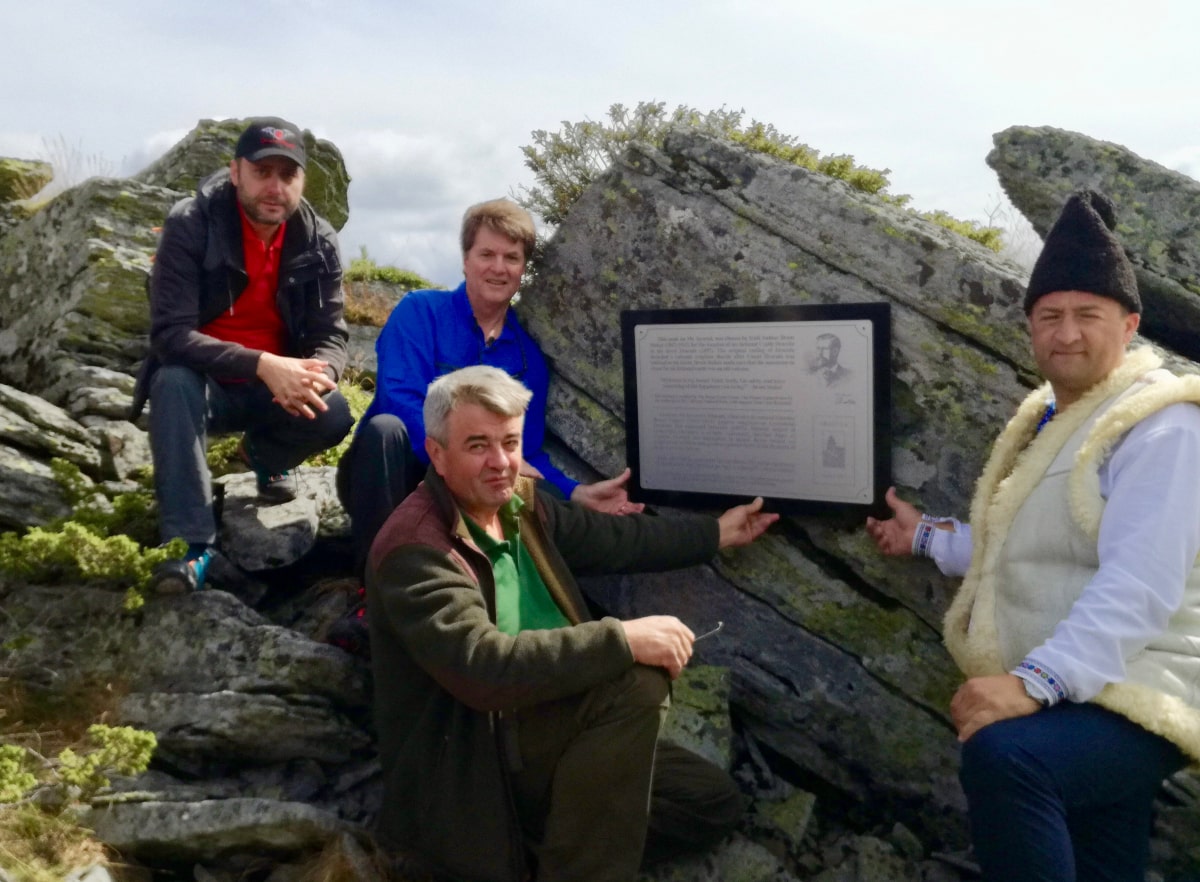 On October 18, 2020, at the Reduta Cultural Center in Brașov, the premiere of the short documentary “In Search of Bram Stoker’s Dracula Castle” took place. The Romanian-Moldovan-American co-production was made by Casta Films Brașov and CIOFilm Chișinău, in collaboration with Dacre Stoker, Bram Stoker’s great-great-grandson and is the first film in a series of documentaries aimed at recreating Stoker’s journey from Ireland to in Romania.

Bram Stoker is the author who put Bran Castle on the world map. Thanks to his novel in which Dracula becomes one of the most famous vampires in literature, Vlad Țepeș and Transylvania have become special attractions for tourists.

But where did it all start?

We will receive answers to this question during the documentary that the director and producer Corneliu Țepeluș, together with his team formed by Stas Ciorescu (editor, producer), Radu Oprea (producer), Liviu Bazarcă „Răzeșul” (producer) and Dacre Stoker (producer, screenwriter, narrator), Cezar Amariei (producer), realized with a lot of passion.

The inspiration for such a documentary, unique by the story it conveys, took root in 2012. At that time, Dutch researcher Hans de Roos discovered in the library of the Rosenbach Museum in Philadelphia, USA, new documents that inspired Bram Stoker to write the book Dracula, documents he used to reach Dacre Stoker. Thus begins an extensive research campaign around the world in the footsteps of the recently discovered documents that inspired Bram Stoker in writing his successful novel.

Among the documents discovered, there also are the GPS coordinates of the place where Bram Stoker placed the action. To maintain the characteristic trace of mystery, he wrote the coordinates in reverse. From this moment, the frame of the story that forever changed the perception of humanity about vampires, takes shape.

To the pictures of Bran Castle and the interiors of New Slains Castle in Scotland, there is now added the location that becomes even more precious for Romania: the Călimani Mountains.

Why such a documentary is important for Romania

The team that worked on the documentary “In Search of Bram Stocker’s Dracula Castle” wants their film to be the basis for local authorities to start promoting tourism in the Călimani Mountains. Especially since, it seems, here are the traces of the foundation of a former castle. To encourage this, a plaque was mounted on the place indicated by the GPS coordinates found, stating that this is the place where Count Dracula’s castle was located.

Although the foundation of Dracula’s Castle in the Călimani Mountains has not been attested, myth and legend have always been the starting point in the creation of any artwork. An artwork is also the documentary that wants to show a different perspective on the myth of Dracula.

Confident in the success of their project, the documentary is promoted by Dacre Stoker in the international conferences in which he participates.

The film will be presented this year at several Romanian Film Festivals in order to promote Romania and give back to Romania the credit for the inspiration that led to the creation of the Dracula brand. Another goal that should become common is for Romania to host the largest Dracula Festival in the world.

Currently, the largest festival of its kind is taking place in North Yorkshire, England: The Whitby Goth Weekend.

Until we see the documentary on TV, we can enjoy a few minutes of the film that seems to be promising. It is not surprising that the British Charlie Ottley also supports in his documentary, Flavors of Romania, the project “In search of Bram Stocker’s Dracula Castle”. Recently, Charlie Ottley was decorated by the President of Romania with the highest medal: the Order of Cultural Merit, Class F – promoting culture.