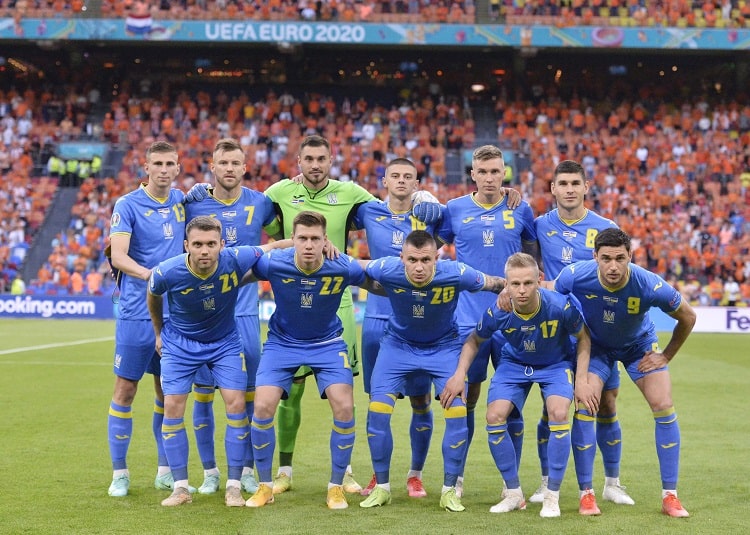 Bucharest is the host city for three matches played in Group C of the UEFA EURO 2020 Football Tournament. Austria, North Macedonia, and Ukraine are playing some of the games in Bucharest.

Two of the national football teams provoked outrage at the international level. Why? Nothing else but their…shirts.

Ukraine was the first national football team involved in a diplomatic incident for the shirts used during the games. Precisely, Russia contested the Ukrainian national football team’s kit to UEFA for two reasons: the first is because the Ukrainian map on the T-shirt depicts the situation before the annexation of the Crimea region. The second reason is because of the slogan written inside the shirts, which says “Glory to Ukraine! Glory to the Heroes!”, a patriotic chant in Ukraine used during World War II when Ukrainian nationalists allied with the Nazis.

Russia’s complaint to UEFA solved almost nothing: the map will be present on the Ukrainian shirts as that is the map recognized by the international institutions, including the UN. Also, the slogan was only separated into two different ones: “Glory to Ukraine!” is going to remain on the inside of the shirts, while “Glory to the Heroes!” is going to be written on another side of the kit.

Macedonia is the former Yugoslav republic that gained its independence and separated from the former union in 1991 when they took the name of the Republic of Macedonia.

If we add the #BLM controversy, with some teams kneeling before the games while others prefer standing, we have a more accurate image of a competition that became, more than ever, a political ground for nationalist, racial or diplomatic disputes.

Sport should have no border, no official language, and no race. Also, sport should stay away from politics. Football, as a social phenomenon, is the first temptation for all those who want to use it for their interest. This is why football should be the most protected of all the sports out there from all these interferences.

When football is used in such a way, we don’t witness a competition anymore, but a contest. A contest that reminds us more of EUROVISION than of anything else.