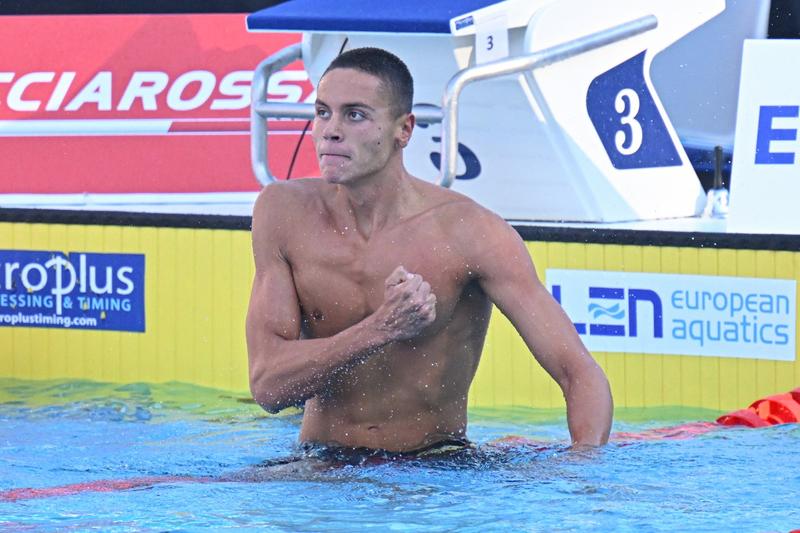 David Popovici won the gold medal in 200 m freestyle and broke the junior world record at the European Swimming Championship in Rome. On 15th August, the 17-year-old phenomenon proved that he could achieve anything he wanted. Now, he is the third fastest swimmer in history at 200 m, after the German Paul Biedermann (1:42.00) and the American legend Michael Phelps (1:42.96).

David Popovici established a new world record at the European Swimming Championship in Rome (1:42.97). The Swiss Antonio Djakovic finished in second place (1:45.60), over two seconds behind the Romanian, and the Austrian Felix Auboeck (1:45.89) was on the third step of the podium.

Previously, Popovici broke the world record in the 100 m Freestyle Men (46:86). The event happened one day before, at the European Aquatics Championship 2022 in Rome.

Until now, David Popovici also has nine medals won at the junior EC in 2021 and 2022 (seven gold), a continental gold won in 2021 in the short course, and two world titles won this year Budapest (100m freestyle and 200m freestyle).

He will also perform in Rome in the 400 m freestyle on Wednesday, August 17.