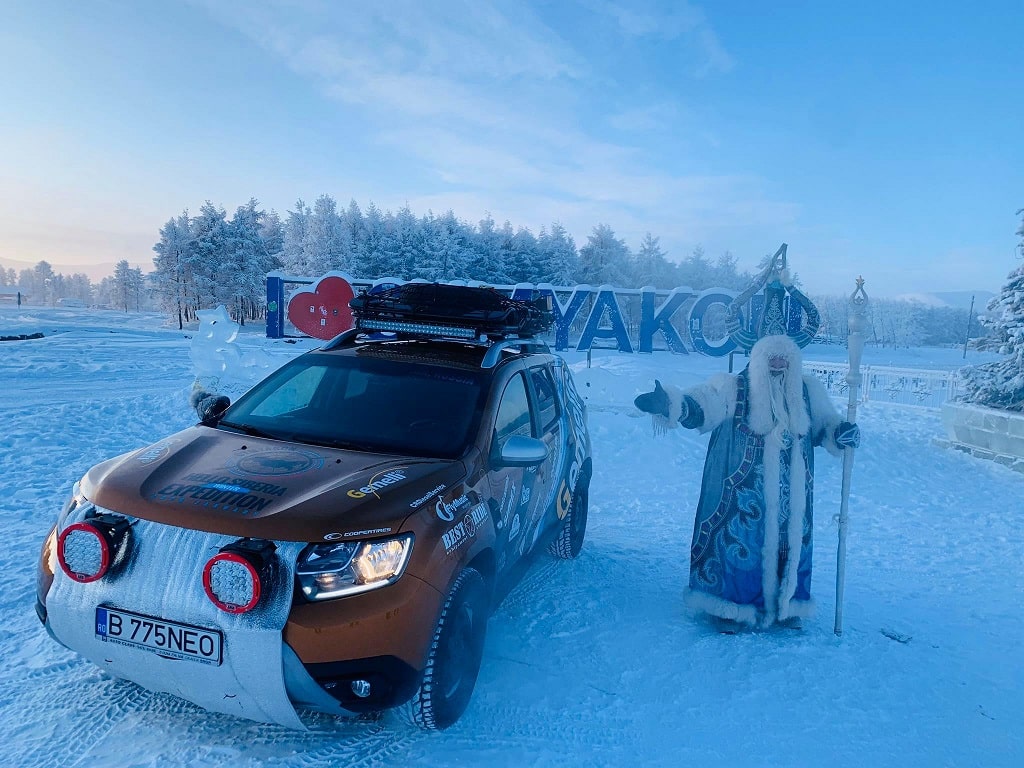 Two Romanians, husband and wife, proved that the most famous Romanian export plant, DACIA car manufacturer, produces not only budget-wise, but also reliable cars as well.

Attila and Kinga Bertici, both members of Hello Siberia expedition, drove their DACIA Duster for 11,000 kilometers until they finally reached their intended destination: Oymyakon, the coldest permanent inhabited settlement on Earth. Here, the temperatures, as the couple posted on one of their their Facebook accounts, reached minus 53 degrees Celsius and this could have been a major problem both for the two Romanians and for the car.

Eventually, the Romanian car, which the couple named it “NEO“, as seen on the number plate, proved very reliable in the harshest conditions it was ever driven in. Even if the car computer froze at a certain moment, the car succeeded to overpass the cold, the snow and all the obstacles on the way, which is quite a performance, both for Dacia and for the two Romanians who proved they can overcome the harshest conditions along with their expedition partner, NEO.

The two Romanians are the first to reach Oymyakon in an expedition with a single car, Romanian made, without any companion or support vehicle whatsoever.