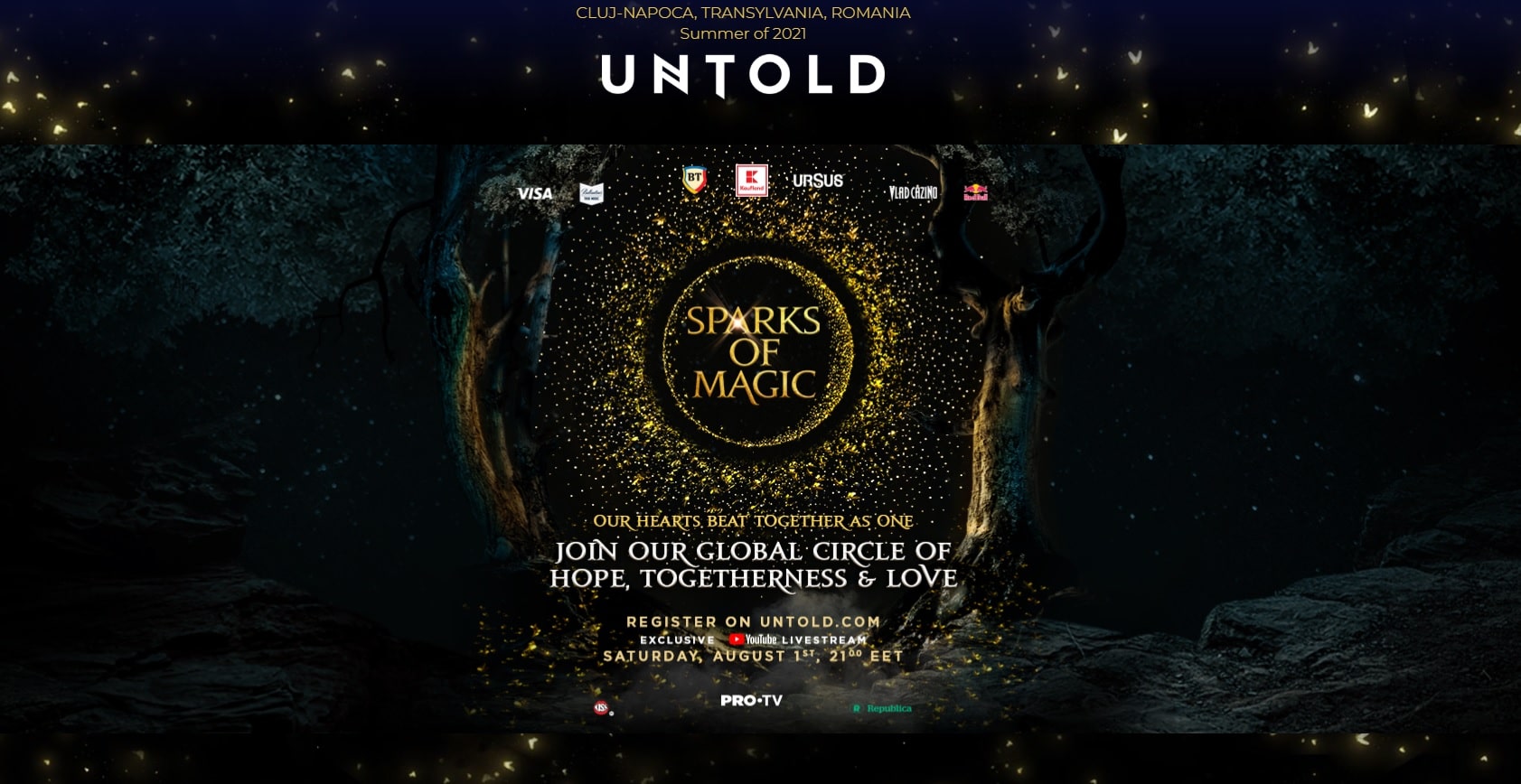 UNTOLD, one of the famous music events in the South Eastern Europe which takes place each year in Cluj-Napoca, Romania, moves online for its 2020 edition.

This year, hundreds of thousand of fans from all over the world were supposed to have fun during the festival, between July 30 – August 2. Instead, the pandemic erased their dreams for this summer and the lockdown hinders free travelling across Europe.

This is why the festival organizers thought about offering UNTOLD fans sparks of magic from the atmosphere for which the festival became world famous. They announced the festival would take place online and they prepared lots of surprises for the registered users.

The online event will broadcast, between July 30 and August 2, exactly in the same period when the festival was to take place, selected shows from the past 5 years. Among these exceptional moments, the concert of Armin van Buuren from 2015 will certainly entertain the fans during the online broadcast.

The biggest surprise: one of the world’s most loved DJs prepares a show for August 1 and the show will be broadcast on the Youtube channel of the UNTOLD festival. You have to register on untold.com to see it online or to have an Anytime pass. In the last case, a streaming link will be provided on your account.

Top Festivals in Romania in Summer 2021