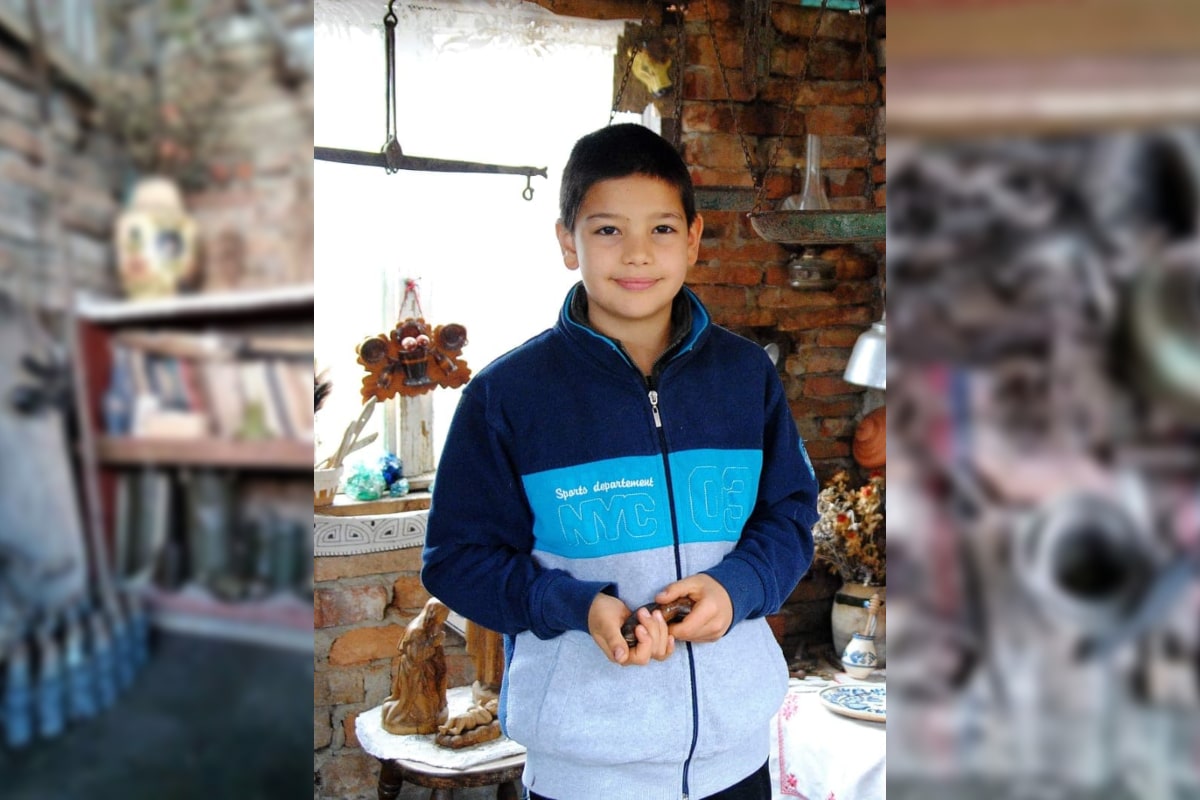 Horst Stephanius Tudoran, an 11-year-old Romanian kid, owns a museum! And, probably, he is the youngest museum owner in the world.

The passion for artefacts and for beauty were inherited from his grandfather – photographer and an informal local historian, and from his mother – the current guide of the fortification in Cincu, Brașov County, Romania. Thus, Horst has been collecting museum pieces since he was 8 years old.

“At the age of 8 I saw a Romanian museum in Cincu, which was the source of inspiration for my museum. I kindly asked my grandfather to leave me a former workshop where he put his tools and I convinced him that I am quite serious about what I want to do. Since then I have been collecting pieces in it “

The museum, located in the courtyard of his house, houses hundreds of fascinating objects that speak of the history of those places. From a Turkish spear, to objects from the two World Wars – “a gas mask, a Nazi bayonet sheath, some empty cartridge tubes found in the field and in the garden”, to an old typewriter, still functional, produced in Czechoslovakia, inkwells, pens, Saxon ceramic vases, trinkets from communists’ time, all these can be admired in Horst’s museum.

One of the most precious exhibits is a 500-year-old coin with the insignia of Iancu de Hunedoara: a raven with a ring in its mouth.

“My coin dates, I think, from 1490. On its reverse you can still see the signs of the Corvins, that is, the bird with the ring in its beak. Not much can be recognized on the obverse of the coin, because it was burned ”

Visited even by Cristi Tabără, the Romanian journalist from the show “Exclusive in Romania”, who dedicated an entire report to him, Horst Stephanius Tudoran can’t wait to welcome his visitors.The museum is located in Romania, Cincu commune, Brașov county, at number 423.

At the same time, the underaged museum owner has big plans for his job:

“Maybe I will be an archaeologist, maybe a paleontologist… I’m also a dinosaur collector. I’d like to take over my mother’s job one day, when she can’t be a guide anymore. When she has a lot of tourists. I know from her what to explain to them, what to show them and where to lead them. I want to leave my museum to future generations, because the years pass quickly. Until then I will enlarge it.”

From his saying, the guy seems to be much wiser than his age, doesn’t he?