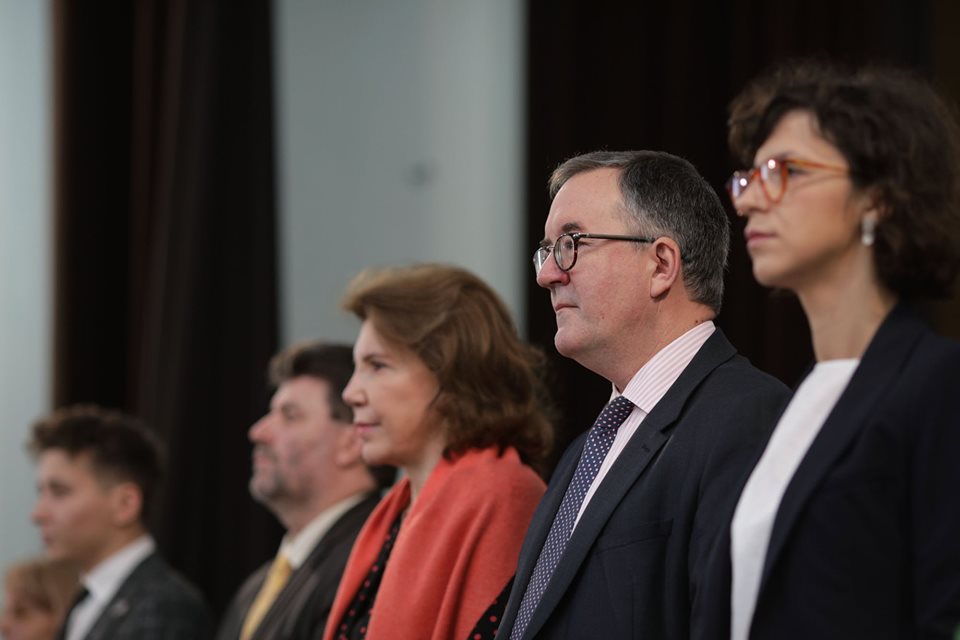 The ambassador of the United Kingdom in Bucharest HMA, Andrew Noble, says that the Romanian people who work in the United Kingdom are very ,,valued “, whether they are workers or teachers and students. Currently, around 189,000 Romanians have filed their documents to remain in the Kingdom after Brexit.

,,Romanian workers have a high work ethic and the quality of their work is tailor-made. So they are different, many want to stay în the UK. We are happy that many are registered for “settled” or “pre-settled” status.” Andrew Noble said.

,,They are very confident that the negotiations that will take place will make it appear in agreement with the House of Commons to take care and the EU to keep its care issues or variants without agreements or not to grant them,” said the British ambassador.

U.S. to tax European aircraft, drinks and other goods

Dacian Cioloş, elected president of the Renew Europe Group in the EP