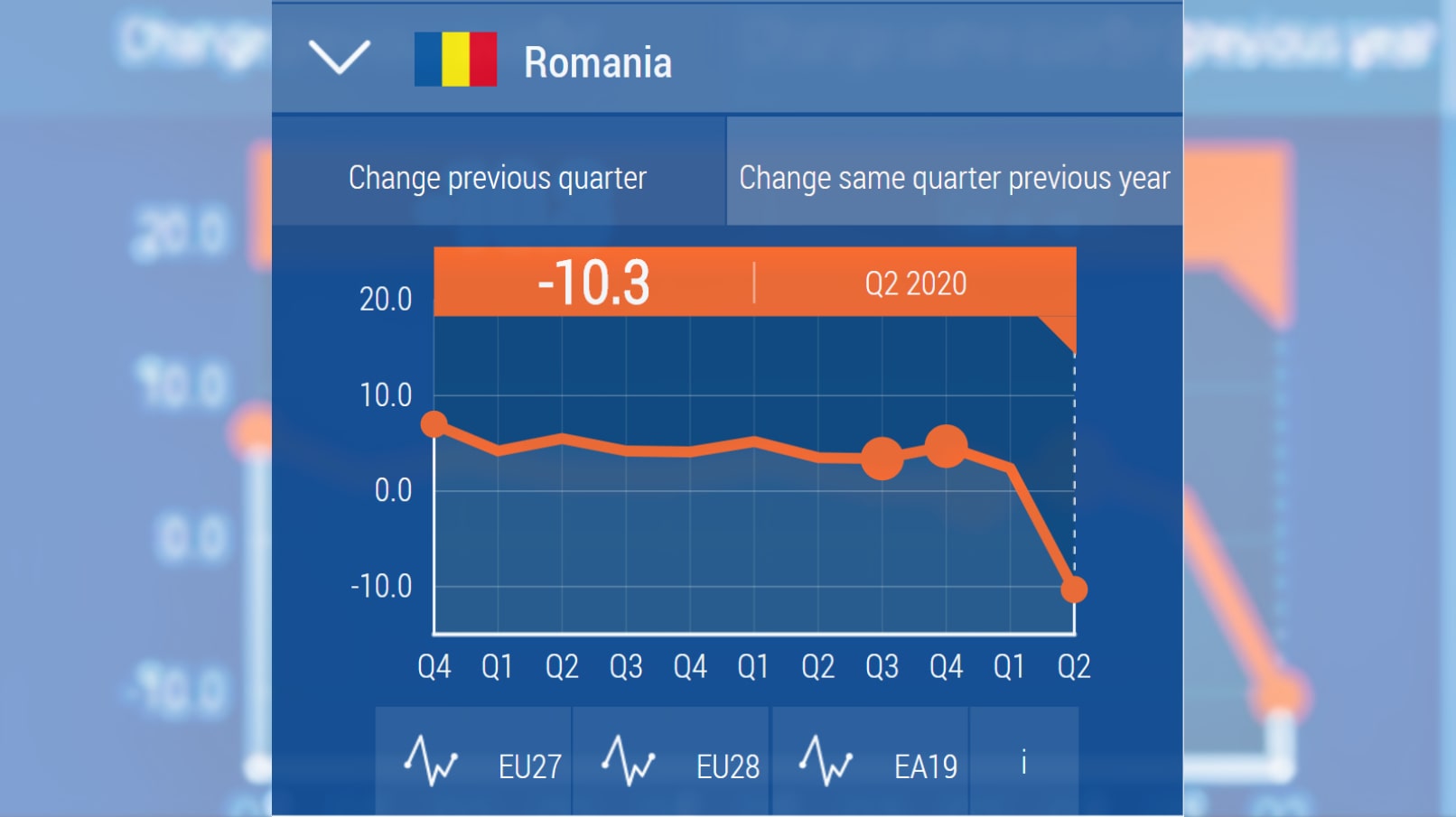 Romanian economy is severely hit by the crisis. Q3 2020/2019 indicate a decline of 6%, second only to Spain who registered an even bigger decline, of 8.7%. Meanwhile, the average decline of the European Union countries was 4.3%, according to Eurostat.

When comparing Q3 with Q2, Romanian economy registered a recover of 5.6%, but even this one is far lower than the EU average of 11.6%. In the same period, Spain registered a spectacular recover of 16.7%, while France an astonishing 18.2% and Italy 16.1%, these countries being amongst the most hit by the pandemic.

In these circumstances, by comparing Romanian economy’s performance with the other European ones, the boasted “V-shaped recovery” preached by the Romanian minister of Finance seems pretty far. On Friday, the chief economist of Raiffeisen Romania warned that the expected V-shaped recovery has changed into a W-shape recovery.

The predictions are pessimistic for Q4 all over Europe, as the governments take drastic restrictions for limiting the death toll caused by the second wave of the pandemic. Romania has just prolonged the emergency situation for another 30 days, which means the specialists expect the worse up to the end of the year. This is why the economists expect a further decline of the Romanian GDP as compared to 2019.