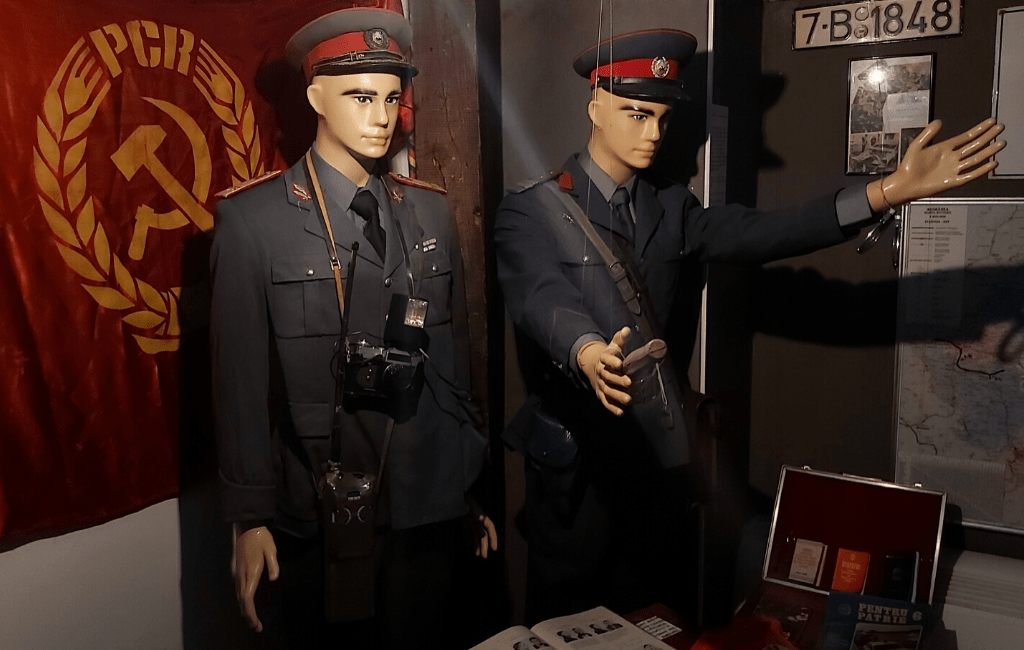 Romanian Securitate was the main repressive institution used by the Romanian communist regime to control the population. It acted mostly like a political police, taking care for the citizens not to oppose the communist regime.

The attributions of Securitate were larger, though: apart from political police, Securitate also acted like an intelligence agency, both within the borders and outside. One of the attributions of the former collaborators were offering information about the foreign citizens who lived or worked in Romania or abroad.

In Romania there is a law stipulating that all the persons who are sentenced to have collaborated with Securitate during the communist regime cannot be appointed on certain public positions. This is largely debated, as there are some examples of people who collaborated with Securitate, but in an institutional manner. Even the former Romanian president, Traian Basescu, admitted he offered written information to the former Securitate, but he claimed he did so in his official quality as a ship captain in the Romanian civilian navy and not as a collaborator. This didn’t hindered him in being the Romanian president for two mandates in a row.

Romanian mass-media presented 3 years ago the case of Mugur Isarescu, the Governor of the National Bank of Romania, speculating he had acted like a collaborator for the Securitate. There were also voices who said he was an officer. At that time, the law didn’t include the governor of the National Bank in the public positions forbidden for the former collaborators. Now, the law has been changed.

CNSAS (The Romanian National Council for Studying of the Securitate Archives) asked for the case of the National Bank Governor to appear in front of justice. If found guilty of collaborating with Securitate for political police matters, Mugur Isarescu could leave the office after 30 years.

There is a catch, though: the tribunal has to distinguish between those who collaborated with Securitate for political police matters and those who did that for intelligence matters. In fact, you might have been a true patriot, offering information about foreign persons who acted against national interest, this not being political police in the interpretation of the law.

Mugur Isarescu is now the only National Bank Governor in the world to hold this position for so long. He was appointed in 1990 and, without one single interruption of one year, when he was suspended to be appointed Prime-Minister, he has been holding the office since then.