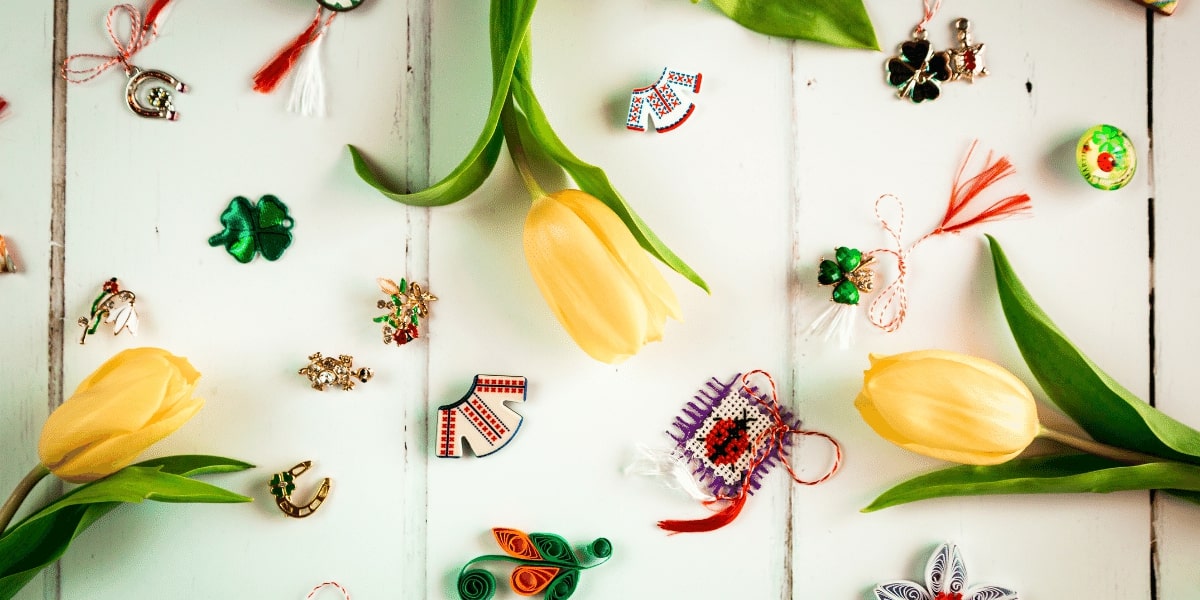 Martisor is an authentic Romanian celebration that dates back to the time of the Thracians. It is also the name given to the little talismans with red and white strings, offered during this holiday.

The word Martisor is the diminutive of ,,Martie”, the Romanian name for March, and thus literally means “little March”.

From March 1st to March 8th, when Romania celebrates not only Women’s Day, but also Mother’s Day, everything revolves around these tiny gifts.

Another version is that the Romans celebrated the beginning of spring on March 1, the month that bears the name of the god Mars, protector of the field and the flocks, a god who personified the rebirth of nature. Still, there are no martial connotations. It is said that the so-called martisoare are carriers of luck and happiness.

Martisor – Romanian traditions depend on the geographical areas of the country

On the first day of spring, in some areas of Romania, there are centuries old traditions according to which the parents tie a silver or gold coin to their children’s necks or hands. This talisman is of course accompanied by two twisted threads, made of white and red silk. In this way children will be protected from the scorching rays of the sun during the summer.

One other tradition, in Moldova region, says that the boys are the ones who receive martisoare on the 1st of March, while the girls will receive them on the 8th. This tradition is not spread all over the country, but it is just confined to the above mentioned region.

Disregard if you’re an expat in Romania or a local, on March the 1st there are persons who would expect a martisor from you. Don’t be cheap and offer anything, from flowers, sweets or martisoare to the nice ladies who accompany your journey through life.