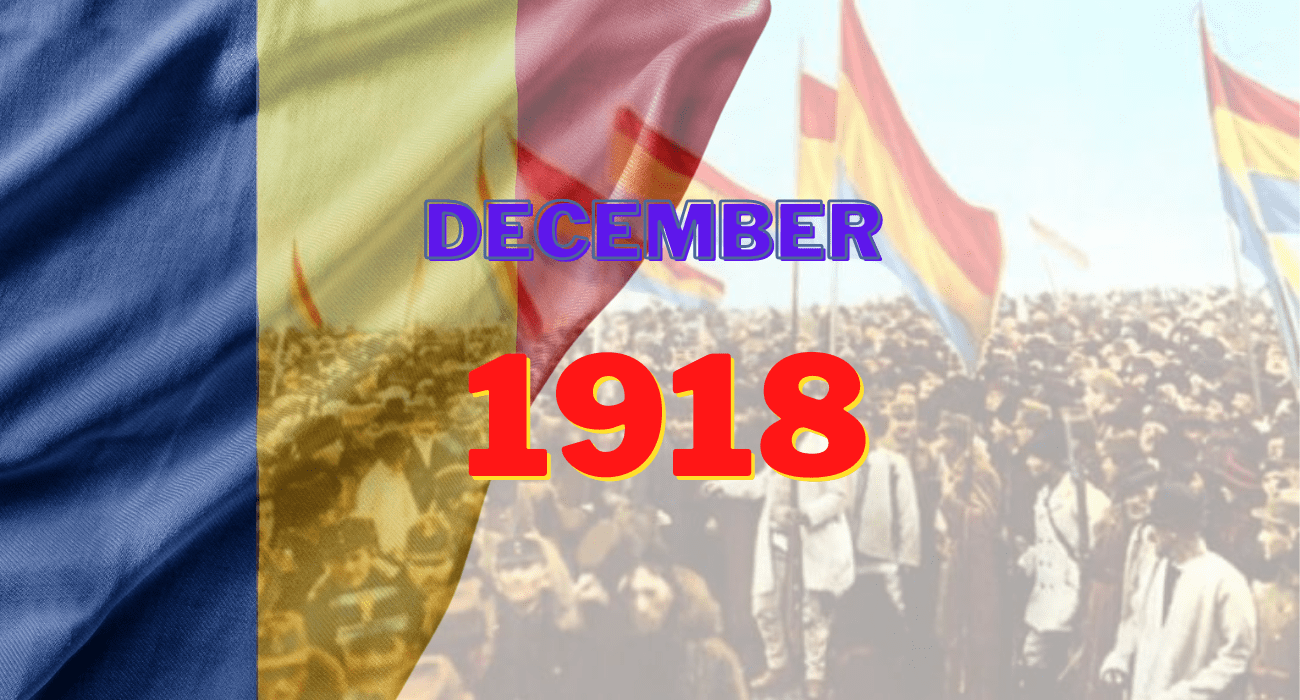 Today, December 1, is our National Day, the day we celebrate the Great Union. 102 years ago our forefathers accomplished the long time dream of the Romanian people: to be one nation on one united territory.

We call them by using their political affiliation in a certain mocking way: some are stupid and the others are not just because of their political views. The Romanians are judged by their political views even by their very rulers, starting with the Romanian president and ending with the Opposition’s leaders. Their hateful speeches addressed to the ones who don’t vote them are adding up to the venom which divides our nation. This is wrong and this has to end. Remember, Romanians everywhere, we are all the same, sons and daughters of the same nation!

We call them by using their wealth as a criteria for judging their success in life: some are stupid because they are poor, the rich are smart because they have money. Romanian mass-media contribute a lot to this situation and the way the rich ones are presented as opposed to the smart but poor ones doesn’t help to fix this situation. This is wrong. Remember, Romanians everywhere, that one of our most successful neuro surgeons travels by subway and doesn’t even own an apartment!

We call them by using their opinion regarding the pandemic: some are stupid because they simply don’t view the pandemic in the same way as the mainstream media does. Some others are “stupid” because they don’t comply with the rules and because they don’t bear the regime. This is wrong! Remember, Romanians everywhere, that the same sort of behavior was the spark for the Romanian Revolution and we need this sort of behavior to remain within our nation’s blood!

We call them by using their choice in life: remaining in the country or living abroad. Stop doing that! We’re all Romanians, anywhere on the planet!

Our request for you, Romanians everywhere, is to stop seeing your brothers and sisters as anything else than your brothers and sisters from the same mother nation. We are all patriots, though some see our future within the European family, others see our future on our nation’s own. Some are nationalists, some are unionists, some are pro-European while others are globalists, but deep inside we all want the best for Romania. This is our common goal, this is what unites this great nation!

Learn to bear with each others, learn to give up the hate, learn to live together wherever you are! And, above all, learn to be proud you are Romanian!

Happy National Day to all of you, Romanians everywhere!