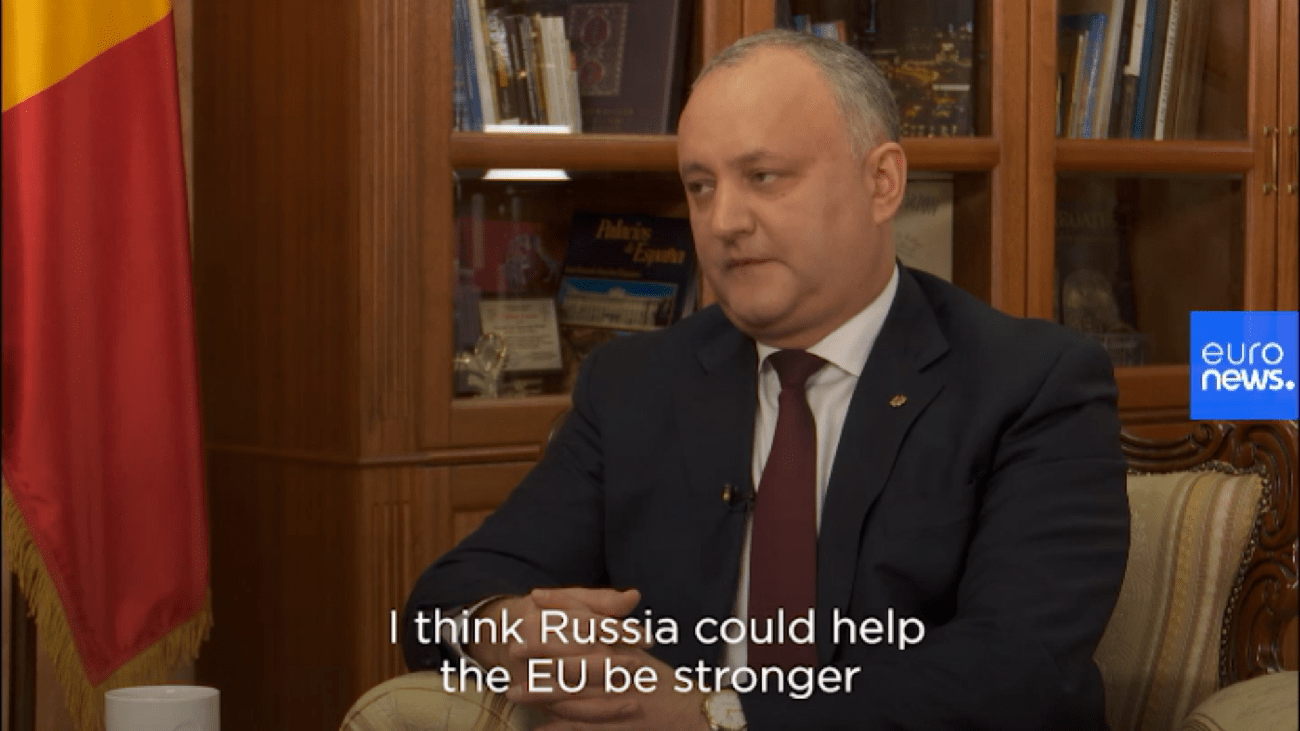 Igor Dodon, the president of Moldova, offered an interview to Euronews this month, predicting Moldova won’t join the EU during the next 10-15 years.

In Moldova it is almost impossible to be only pro-Russian or only pro-European. The overwhelming majority of our citizens want to be friends both with the Russian Federation and the European Union. But in the next 10 to 15 years we will not become members of the EU. Even if part of our population – meaning young people – want immediately to become members of the EU this will not happen. So we need to be pragmatic.

Igor Dodon is known for his pro-Russian political views and he was well received at Moscow by president Vladimir Putin during his mandate. This year, Igor Dodon faces presidential elections and his statements should be viewed from this perspective.

Trying to get both the pro-Russia electorate votes, but also trying not to upset those who are pro-European, Igor Dodon stated during the interview: ‘

I think Russia could help EU be stronger.

Igor Dodon is not the only Moldovan who thinks this way and in Republic of Moldova the pro-European electorate is almost equal to the pro-Russian one. A former USSR republic, gaining its independence in 1991, Moldova is now trying to join the European Union. Yet, this goal is not shared by all the citizens, ordinary people or politicians, and this is why the steps taken towards this direction are so small.