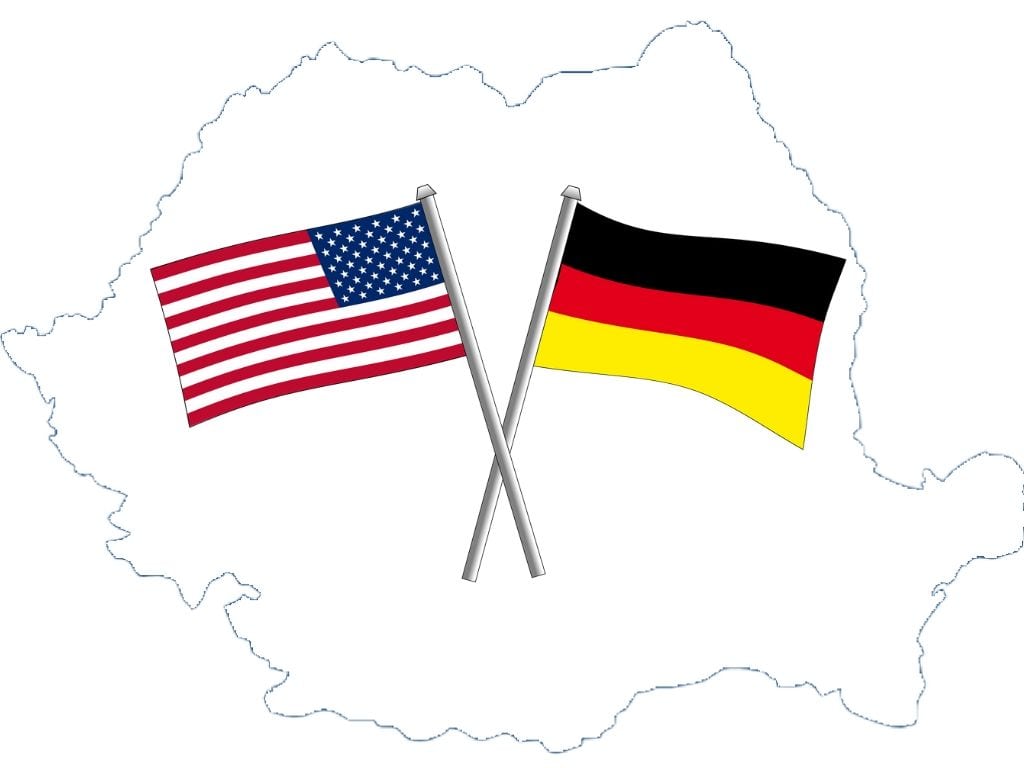 July 4th, the Independence Day and the most important American holiday, was celebrated in advanced in Bucharest. The reason for this is the fact that this year July 4th comes this Saturday, and probably the American part didn’t want to spoil the free time of the Romanian politicians. Apart from the Romanian jokes about their president Klaus Iohannis, a politician who celebrates each weekend from Thursday to Tuesday, it is quite unusual for the US Embassy to celebrate the Independence Day on Thursday, two days before the actual event.

The celebration took place in the garden of the American Embassy and, because of the pandemic, it welcomed less guests than during the previous years. The speeches were very encouraging and friendly from both sides, but they couldn’t hide the fact that, despite the presence of a Romanian born American ambassador in Romania, the close relations between the two countries seem to stall. More precise, to remain only at the military level.

The facts tell otherwise, though.

Romanian people were clearly disappointed when their president Klaus Iohannis came back from the historical meeting with the American president, Donald Trump, in August last year, empty handed. Wait, our mistake: not empty handed, but with a baseball cap with the inscription ‘Make Romania Great Again‘. Nice gesture, Donald, but the Romanian president doesn’t play baseball and doesn’t seem so particularly interested in making Romania great again.

Moreover, Romanian people expected something from that official visit, especially from a strategic partner such as the United States. Maybe, and we don’t want to be pushy about that, the Romanians expected their country to be included in Visa Waiver program which allows for the national citizens to travel to US without visa. Romania hasn’t received this privileged status, but, as a comparison, Poland did, two months later, in October 2019.

Romanian people might have expected something else from the strategic partnership with the US, apart from their ambassadors to come up, from time to time, to tell them what a beautiful people they are and how important they are for the United States.

The Romanian people wanted more from their strategic allies, apart from the visible American military presence in their country. Or something more besides the obligation of buying second hand American fighter jets or other second hand military technique.

In Romania, there is a saying: love goes through the stomach. For Romanians it basically means that love cannot survive between two partners while, during the relationship, one of them or both cannot put food on the table. The Germans have the same expression, ‘Liebe geht durch den Magen‘, but they have a different meaning of it, saying you can get the love of somebody by preparing him or her an exceptional meal.

Maybe this is why Germany remains the biggest trade partner for Romania. Exports to Germany count for 23% of the Romanian total exported goods. Italy follows with 11%, then France with 7%, Hungary with 5% and UK with 4.2% according to international sources.

The US is not in the top 10 countries as a trade partner for Romanian goods and services and this does matter when it comes to the Romanian expectations from a ‘strategic partner’.

Does Romania prefer Germany to the US as a ‘strategic partner’?

It seems so, as Germany is the biggest trade partner for Romania. Loves goes directly through the stomach, even between countries.

On top of that, let’s remind out readers that the Romanian president is German by ethnicity, born in Romania, within the German minority. Also, the director of the Romanian Intelligence Service is a Romanian-German ethnic and the examples do not stop here.

Besides, Romanian political sources in Bucharest offer a name for the future PM. This name is prepared in case the actual PM, Ludovic Orban, loses popularity or is ousted from power following a vote of confidence in the Parliament. His name is Siegfried Muresan, a Romanian-German ethnic (are you surprised?) who is now the Vice Chair of the European People’s Party Group in the European Parliament and the spokesman of the EPP – European People’s Party.

Having this data, one can easily tell a certain direction: Romania is closer to Germany than it is to the US in terms of economic and political relations. On the other hand, one thing is certain as well: the military influence of the USA in Romania remains huge and Romania will certainly keep the strategic military partnership with the US.