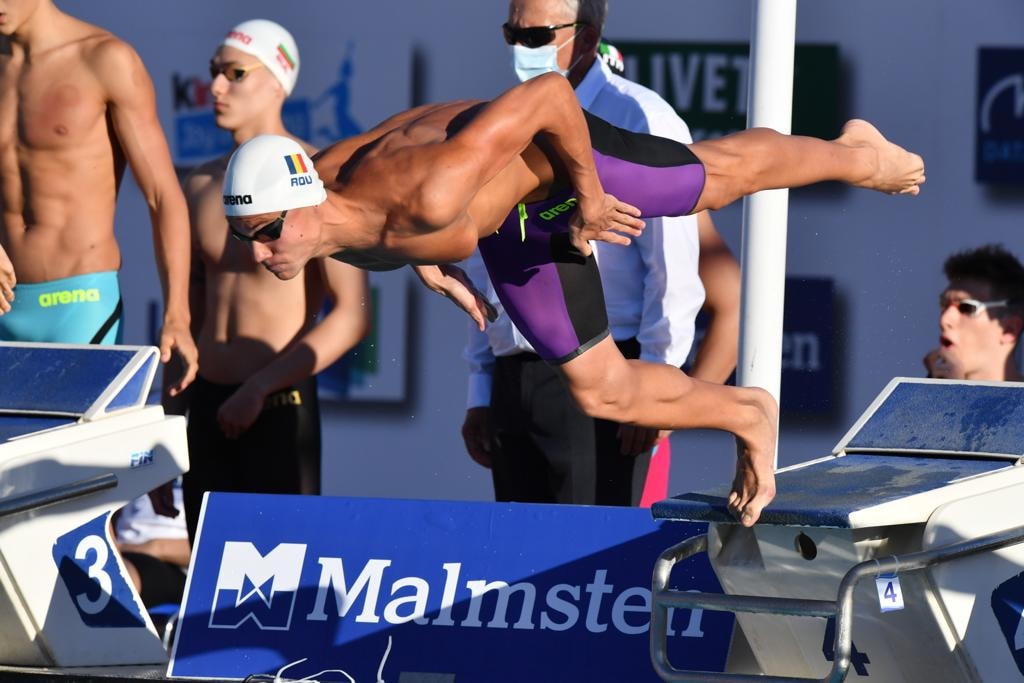 David Popovici. You might haven’t heard of the name. Actually, you definitely haven’t heard of him. He’s not a football player, nor a rock star. Not even a famous writer or an actor. How could you hear about him?

David Popovici is only 16. Yet, he qualifies to be the next best thing in the Romanian sport. How?

David Popovici is a swimmer. Not any swimmer. He is the best one in Europe at his age. An exceptional one, we could say. He’s got all chances to become the next Michael Phelps or Ian Thorpe in the next years.

This is the moment when you might start thinking we’re a little bit far-fetched. Ian Thorpe? The swimming phenomenon? Michael Phelps, the legend?

No, we’re not exaggerating a bit! David Popovici has ALL the chances of becoming the international swimming star of the decade. His results in the last years of juniorship are the ultimate proof of this.

I did the best I could but I feel tired. Anyway, I am very satisfied and surprised with the results.I’m looking forward to seeing how the 50m will go tomorrow. The pool is amazing and I love its atmosphere. I really like the climate in Rome and summer is my favorite season.

David Popovici is also one of the members of the Romanian team representing the country at the Olympic Games, in Tokyo. He qualified for the event and, though a junior, he’s going to compete with some of the best swimmers out there. And the Romanian swimming fans and sports pundits believe he can bring a medal home.

David Popovici is already a junior swimming prodigy. He’s got all the future ahead of him and Romania can have, after many years, a senior champion. Soon.

May it be, wherever he goes, like he says:

Romania on 49 Place in Top 100 Most Valuable Nation Brands