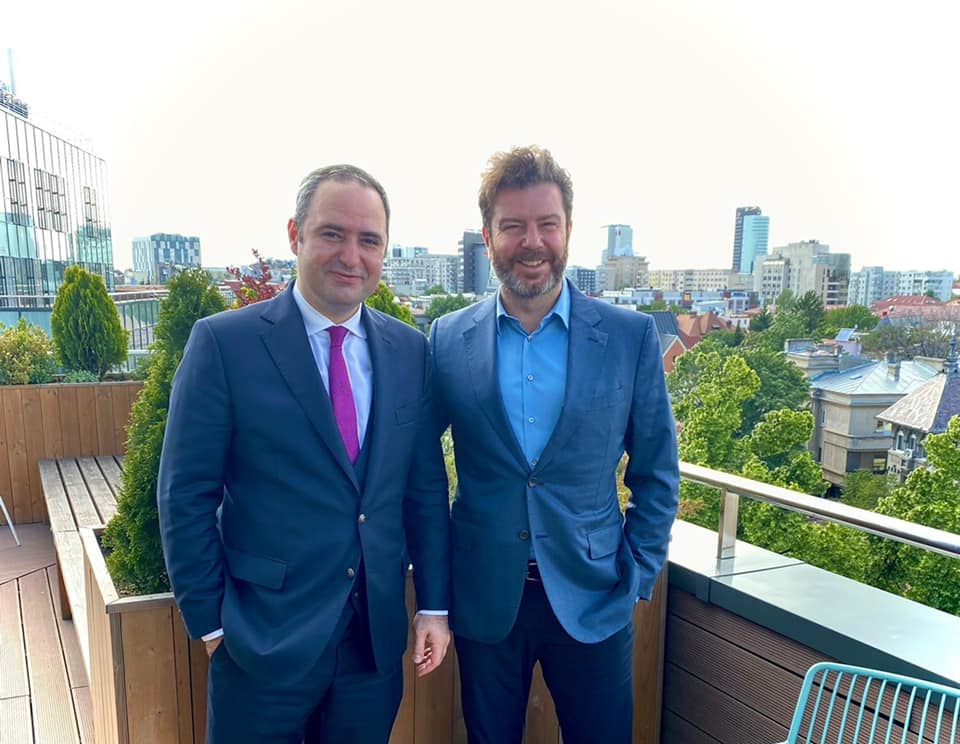 The first Romanian unicorn, UiPath, was recently listed on NY Stock Exchange. The value of the company at the moment has exceeded 10 billion USD, which also makes it the first Romanian decacorn. It’s a tremendous achievement for the one who has founded the company, Daniel Dines.

His fortune made him the wealthiest Romanian, with a net fortune of billions. Not that this matters more than making your company successful, but Daniel Dines is certainly a proud entrepreneur for the level of success achieved.

He’s not stopping, though, and, more important, he doesn’t forget where he left from. On Friday, May 28, he had a meeting with the Romanian Minister of Finance. The latter wrote about this on his social media account:

I had an official meeting with Daniel Dines, the founder of the first Romanian unicorn, UiPath, whom I congratulated for the success of having his company enlisted on the NY Exchange. During the meeting, we talked about the potential of the RPA technology to accelerate the initiatives for digitalization within the Ministry of Finance. Also, we identified a good opportunity for cooperation to set up a Center for Excellence in RPA within the ministry. Such a center for excellence would represent an innovation for the Romanian public administration by offering a boost to accelerate the digitalization process which we have already started for the fiscal administration.

The RPA technology means Robotic Process Automation and it offers the tools for the business owners or, why not, institutions, to automate their repetitive processes. Basically, by doing this, one saves time and workforce, but also money when considering the salaries paid to a human over the years, not to mention the taxes. Besides, the repetitive processes lead to mistakes when done by humans, which are avoided when automated with the help of a software robot.

Does the Romanian administration need the RPA technology help? But of course, it does! Let’s consider all those persons who do all that paperwork in weeks or even months, a process which can be done almost in real-time by software robots. Moreover, by implementing the RPA within the Ministry of Finance, Romanians could finally avoid the sour faces of the public clerks behind all those old desks and windows, couldn’t they?