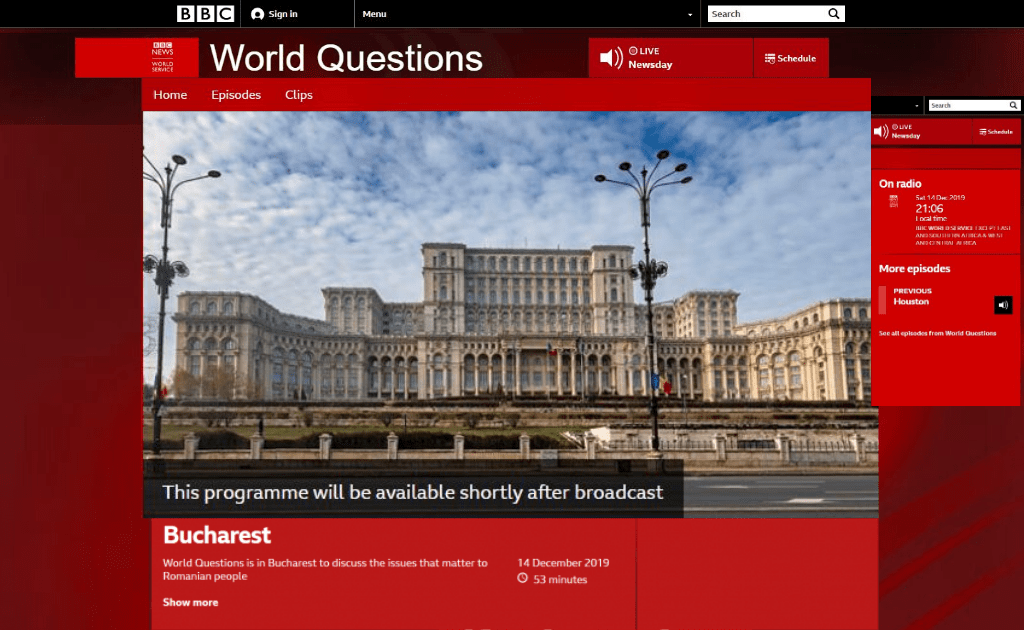 BBC World Question, a BBC World Service radio programme, arrived in Bucharest on Tuesday, 10th of December, to discuss the issues that matter the most to Romanian people.

The event offers the opportunity for the citizens of the country which temporarily hosts it to ask questions for the international and local experts to answer. The questions cover topics regarding the future of the country and its role in the world.

This is why the BBC’s Anita Anand and a panel of leading politicians and opinion makers will debate questions raised by an audience at the most prestigious economic university in Bucharest starting at 18.00 local time. Among the politicians there are Mr. Catalin Predoiu, the current Minister of Justice in Romania, but also MEP Carmen Avram.